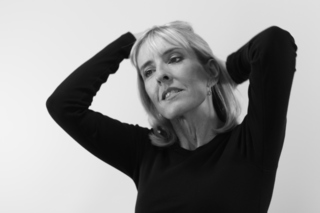 Mimi Brian Vance grew up in the rich gumbo of languages and cultures of Louisiana. The heart-warming oral tradition of the bayou country inspired her passion for languages and story-telling. As a U.S. Diplomat for nearly a decade, she constantly used her foreign language skills at posts around the world. But it wasn't until the middle-of-the-night baby-wake-ups with her two nearly-Irish-twins that she realized just how much they needed another way to 'talk.' American Sign Language gave her and her hearing children who weren't yet old enough to talk the ability to understand each other.

Convinced that 'baby signs' are the best thing since sliced bread, she wants to share this tool with other moms, dads, grandparents, and anyone lucky enough to have a baby or toddler in their lives. She created a series of books as the optimum teaching, learning, sharing, bonding, nurturing and enriching means of bringing signs to babies. The delightful Words by the Handful stories create an interactive signing activity in a easily shared, readily repeated, highly beneficial, read-aloud experience.

The success of her Words by the Handful books has opened doors for other works, including collaborations with "Partner in Rhyme," Andrea White. Together, they have created a number of delightful children's books which they have contributed to causes and organizations near and dear to their hearts. These include Tummies on the Run, Snuggles, Fountain, Veggies Vroom Vroom/ Vegetales Intergalacticos, and Mariachi Man/ El Mariachi.

She's working on some long-form fiction, more baby sign language works, and tossing around some other ideas to pursue.

The Words by the Handful Series
Sharing Sign Language with Your Child - A Four Book Set
Snuggles
For A Good Night's Sleep
Tummies on the Run
Going for a run - from a child-in-a-stroller's perspective.
Fountain
Celebrating Houston's Discovery Green Gateway Fountain
Veggies Vroom Vroom / Vegetales Intergalacticos
Mom's shopping for vegetables, but I'm building spaceships!
Mariachi Man/ El Mariachi
Dad's shopping for spices, but I see something else!